We traveled to Providenciales in July, 2016 for a quick 4-night vacation. We flew Delta from Atlanta in both directions and stayed at The Palms. Overall, I would highly recommend making the trip to Turks and Caicos as the beaches are some of the best in the world. Any trip there will be expensive given that almost everything must be imported but it can be worth it as a nice splurge. Quick summary of the trip:

Hotel: The Palms (~$550 per night for Junior Suite) – Room / facilities were clean and well-cared for. I thought the room was slightly on the small side for the price paid. Breakfast buffet was substantial and fresh. Would stay here again but open to exploring other options on the island as well.

Other: I would definitely recommend getting a rental car while on the island as there are plenty of places away from the resorts that are worth visiting. Sapodilla Beach was a favorite of ours. Do keep in mind they drive on the wrong side of the road so if you aren’t comfortable with that taxi’s might be a better option. We rented through Avis.

Trip summary in pictures below. Enjoy! 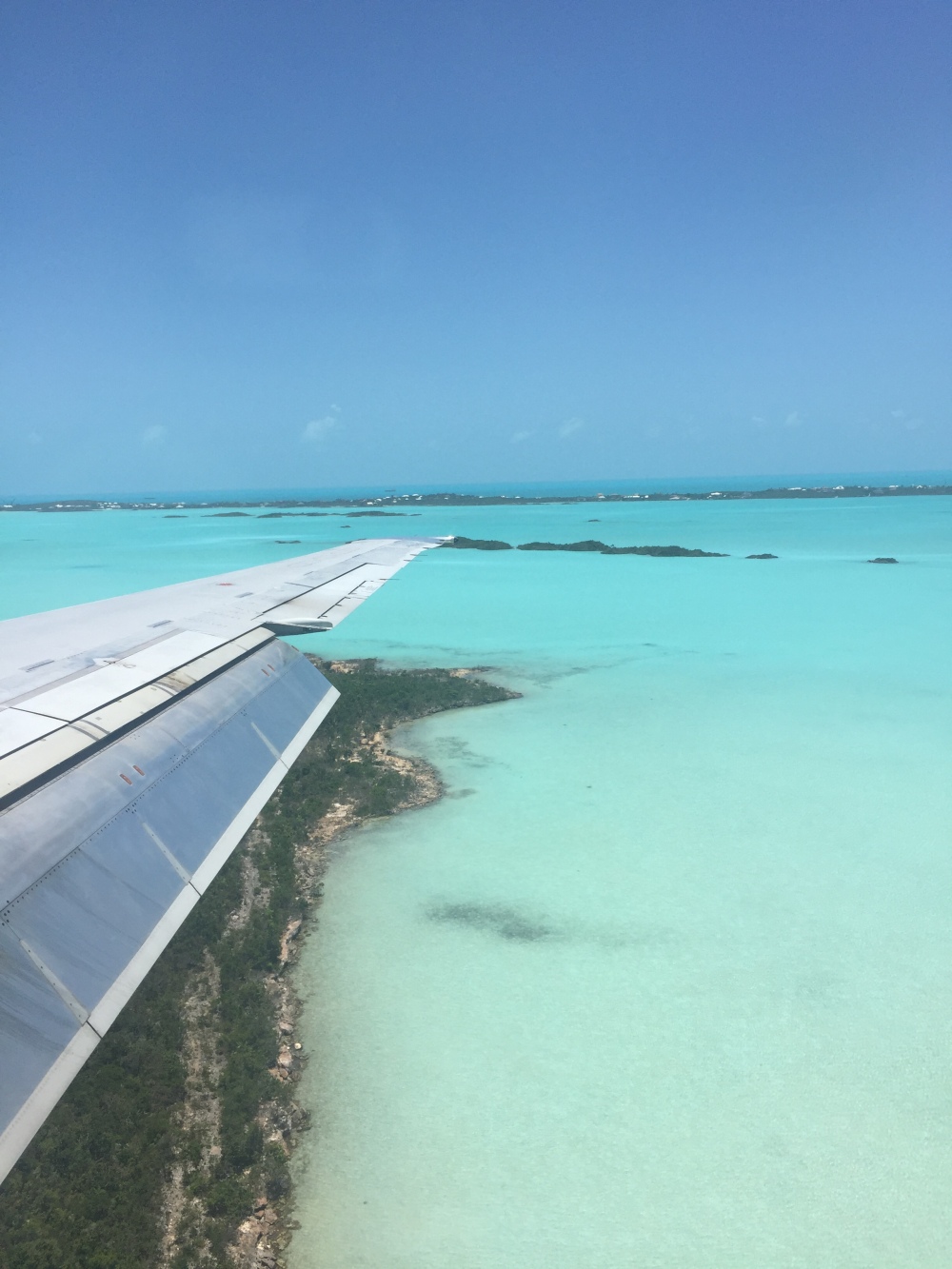 Courtyard at The Palms

Chalk Sound – Next to Las Brisas 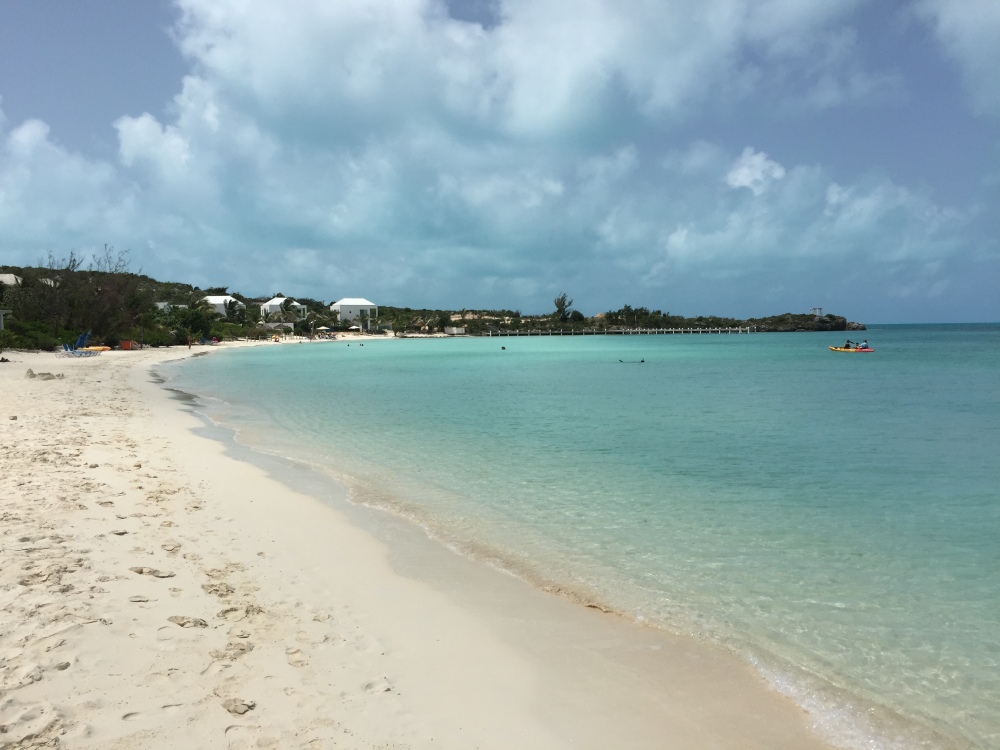 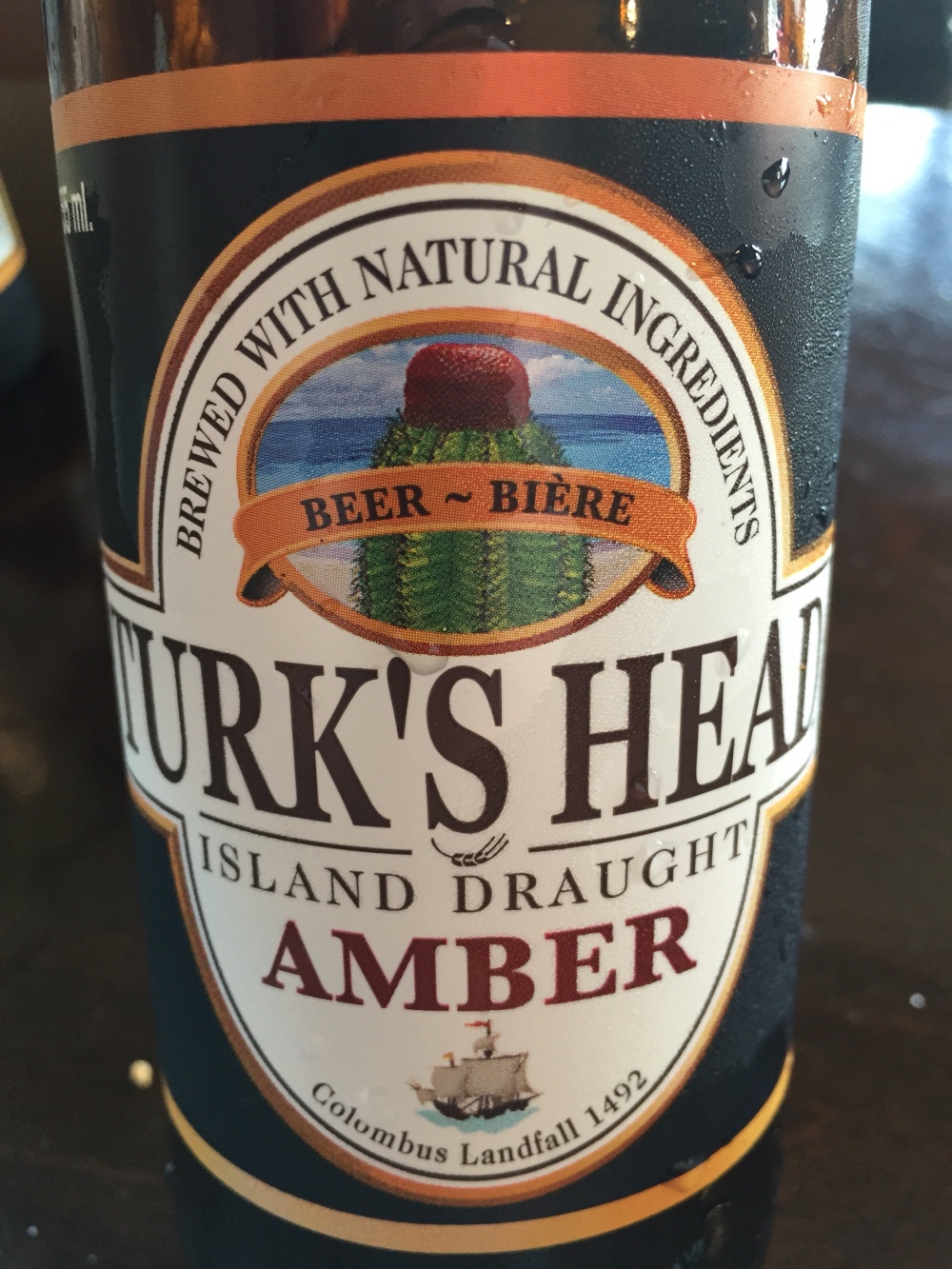 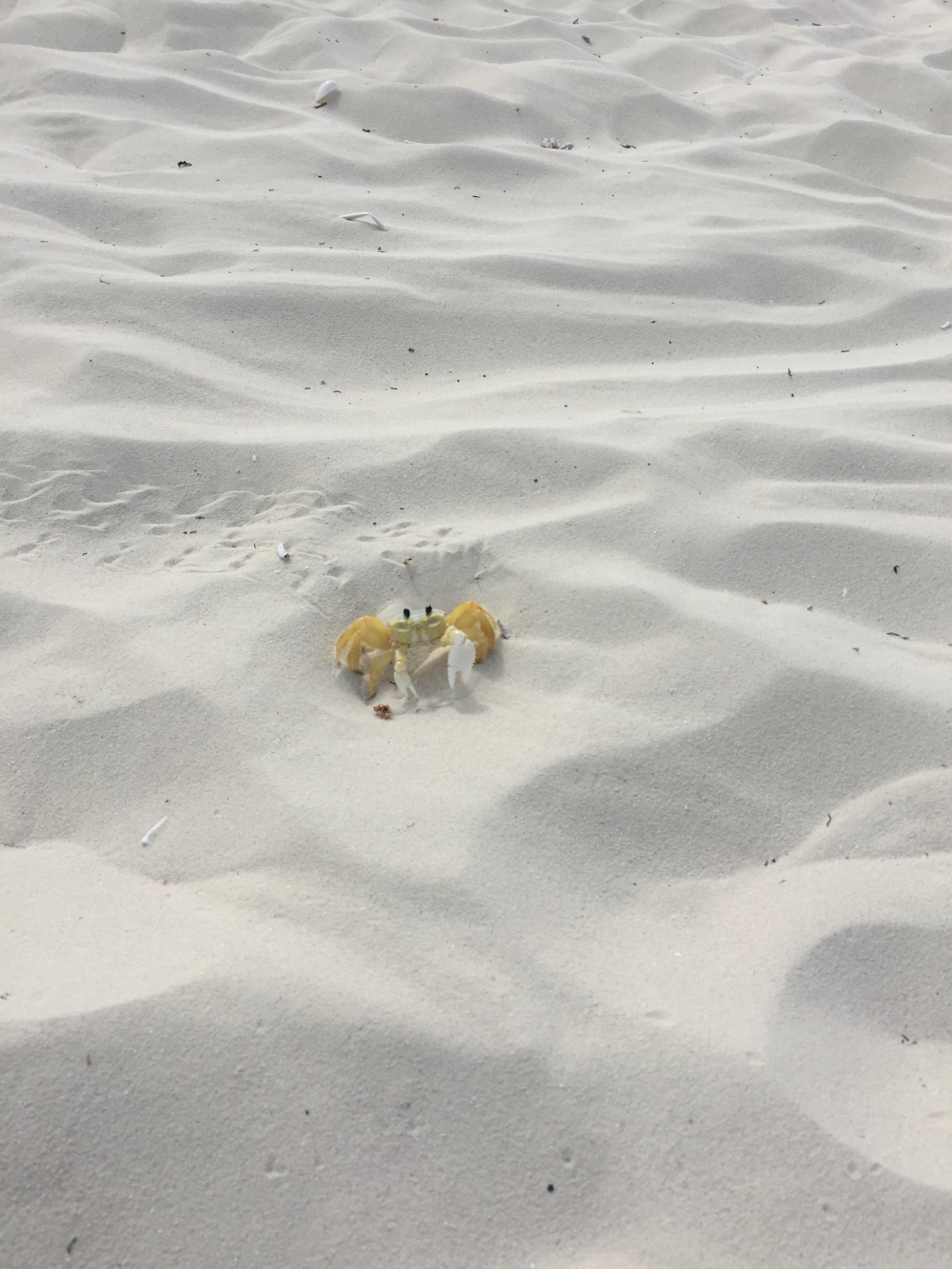 In my ongoing effort to catch-up to the present day I bring you a quick photo report of my business trip to the UK in Spring 2016. My client has a location in Leicester that was deemed important enough for us to spend a week reviewing procedures so plans were made and tickets booked. In order to sample more products I booked Delta Business Class (ATL-LHR) on the outbound and Virgin Atlantic Upper Class (LHR-ATL) on the return. This was also done so I could visit the Virgin Clubhouse at LHR.

From London, I took a East Midlands train to Leicester the same day of arrival and then 5 days later on the return. Hotel options aren’t great in the city center of Leicester so I booked at the MERCURE LEICESTER THE GRAND and the final night in London was spent at HILTON LONDON METROPOLE. The Mecure property was OK but was definitely starting to show its age. The Hilton Metropole was a pretty standard big-city Hilton property. I wouldn’t go out of my way to stay at either property in the future.

One really cool aspect of the trip was that Leicester City was one week away from claiming the EPL title. The city was alive with team spirit and was quite enjoyable to experience the pride the city felt in the team. To this day, I will support Leicester City when I happen to turn on EPL. 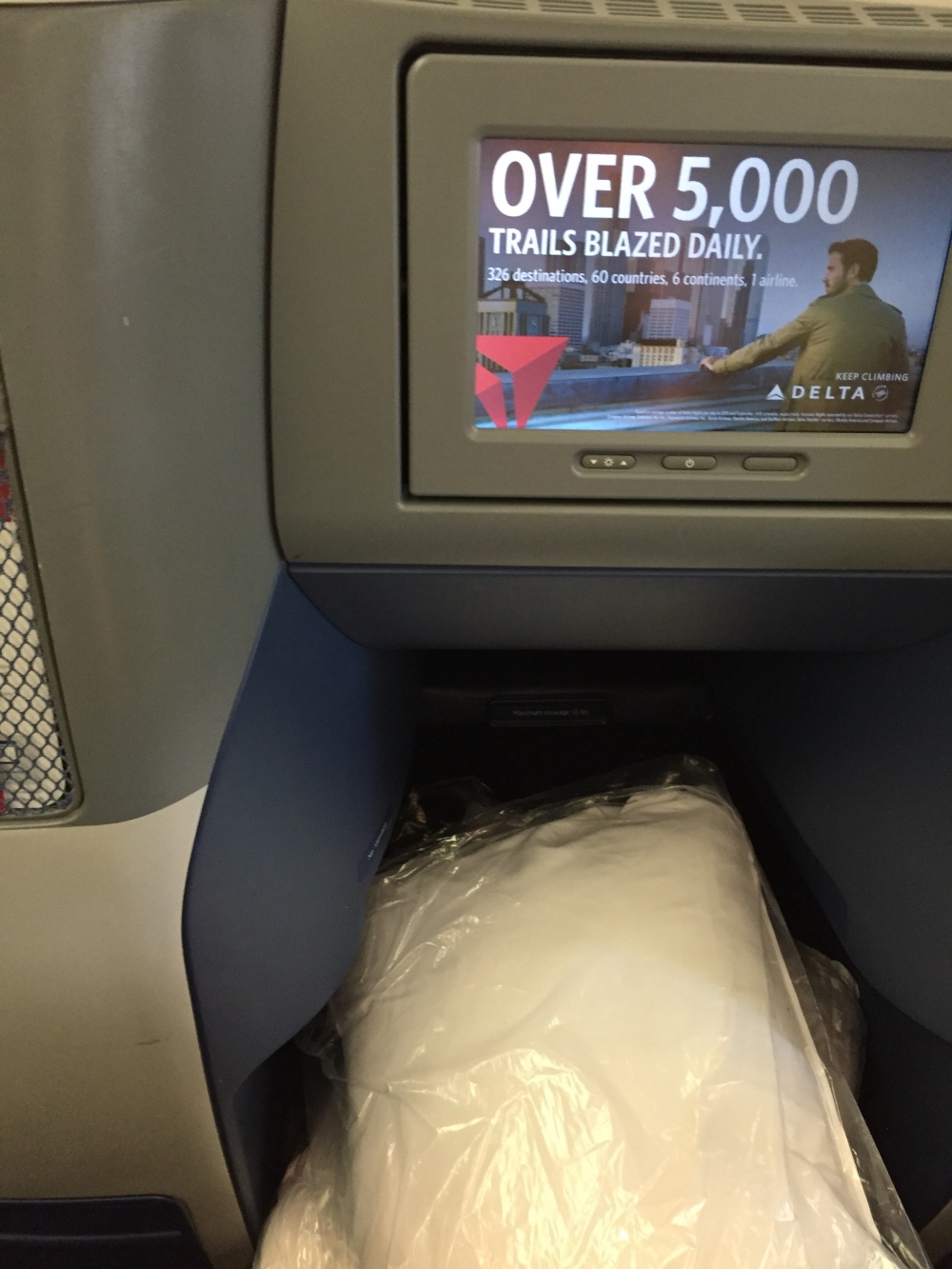 View from outside looking in to St Pancras Station in London. This is where the East Midlands train departed to Leicester. 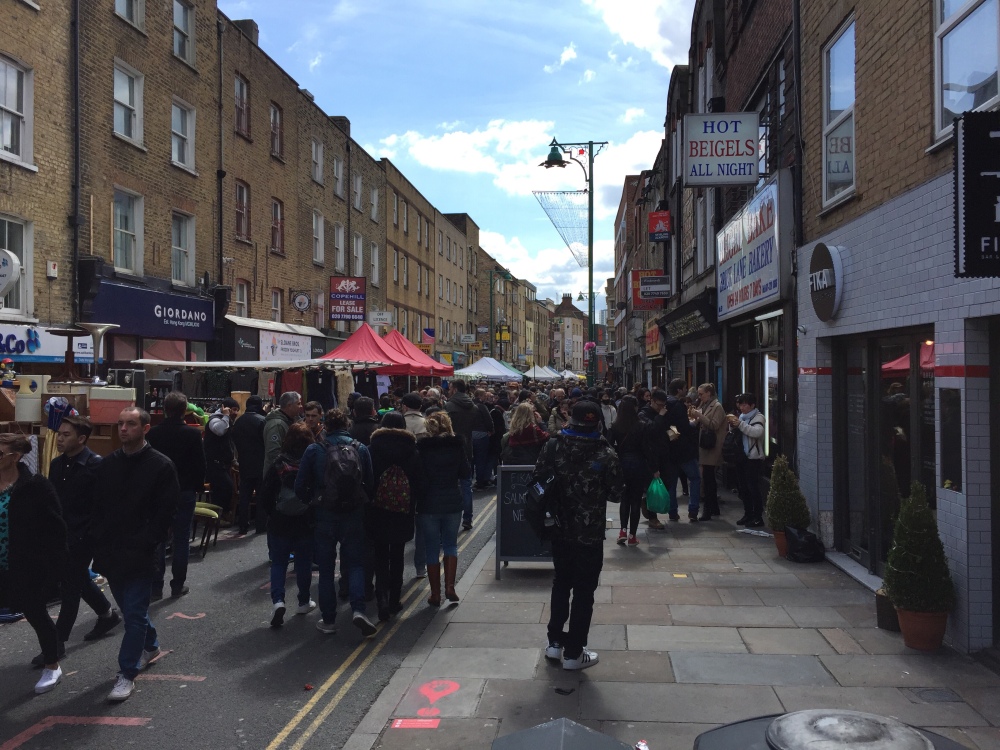 Brick Lane Market. The London Marathon was going on the day I arrived so a lot of areas were blocked off due to the marathon route. This was a really cool market scene with lots of good street food and great people watching. 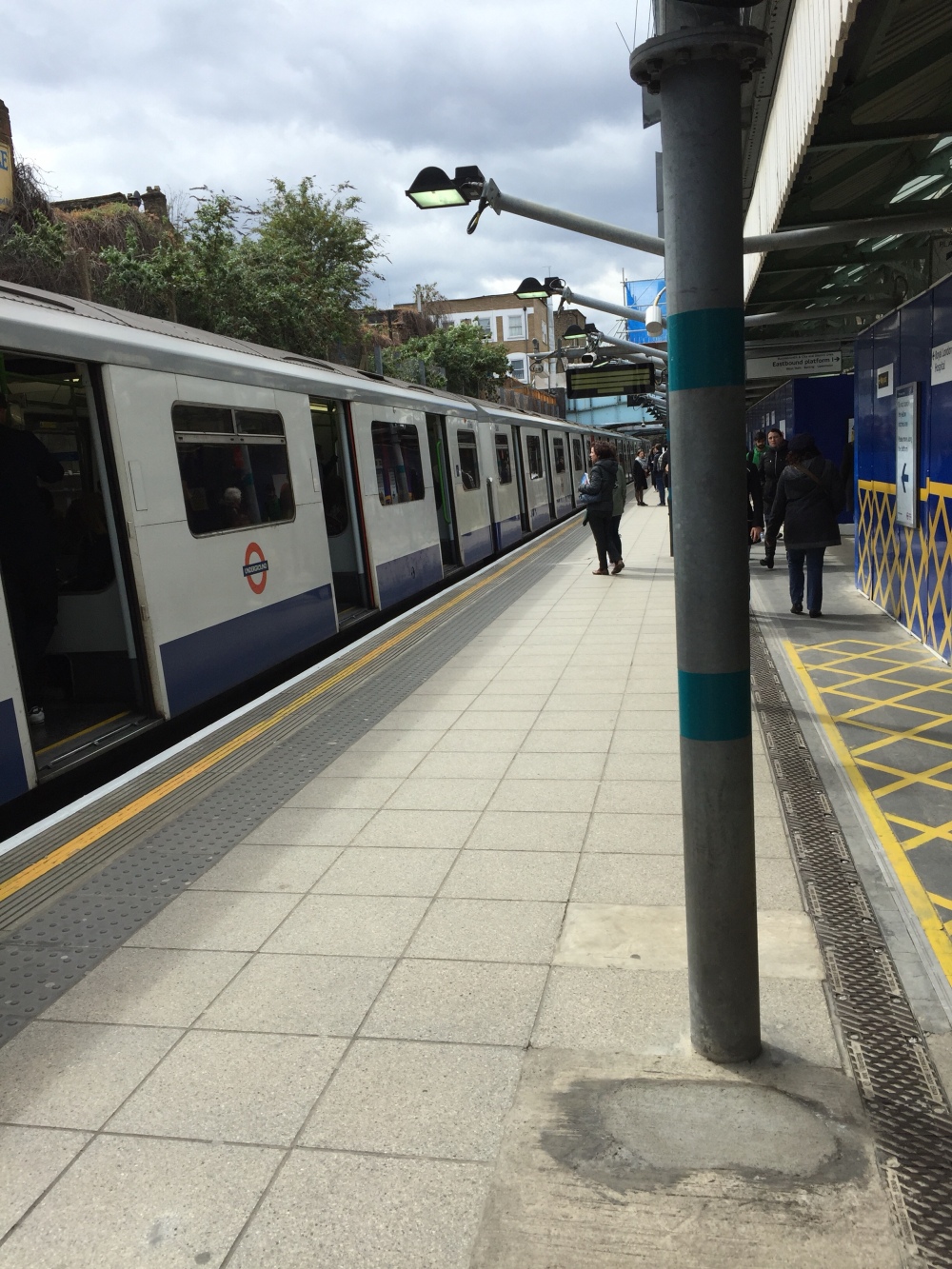 Shot of the Tube in London.

Another view of St Pancras Station. 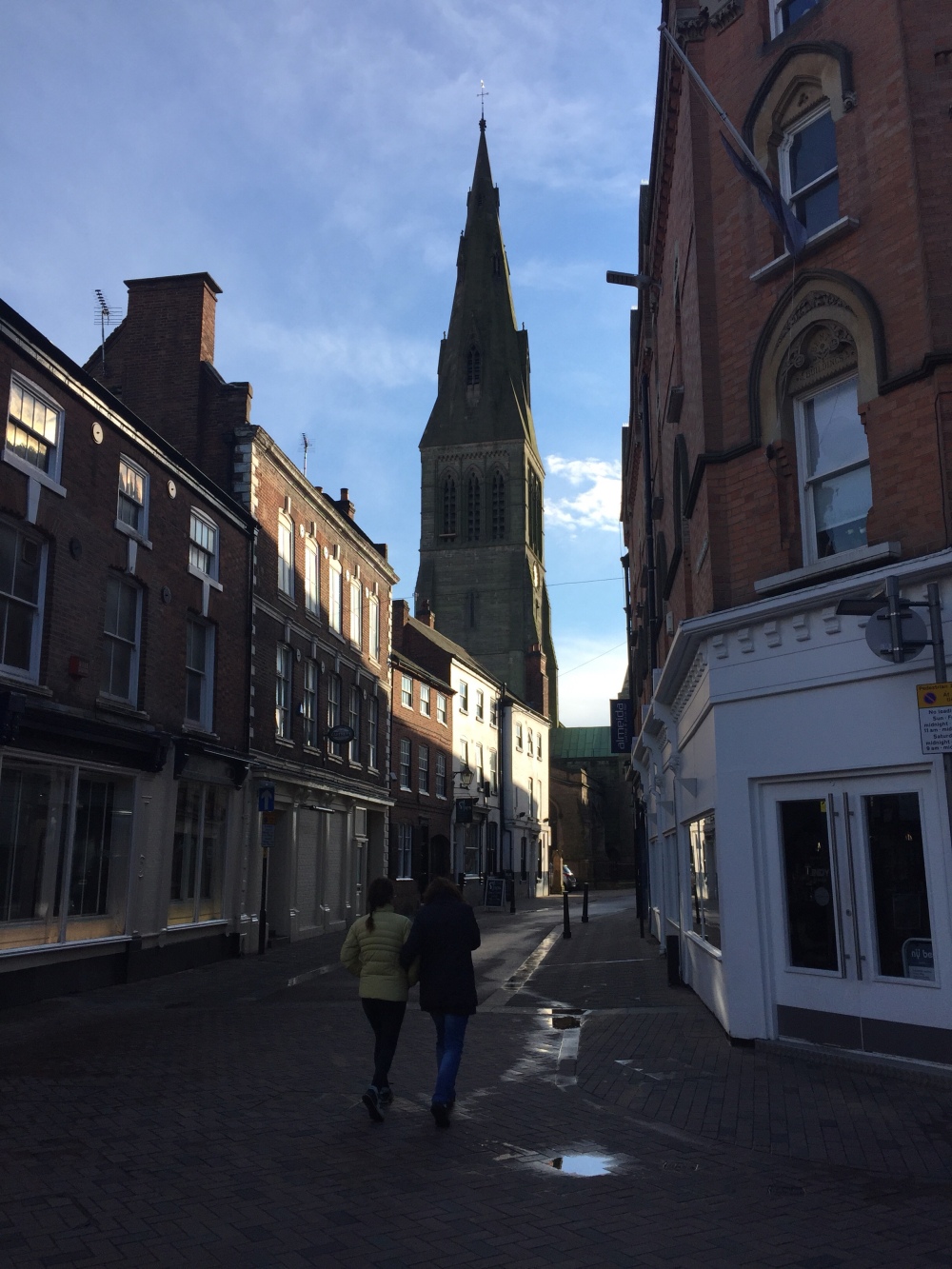 City center of Leicester. Overall, pleasant enough city for a work trip but not much to see for a tourist. In the evenings the city center felt pretty empty.

Pedestrian road (New Walk) in Leicester. Used this path each day from the client location to the hotel. 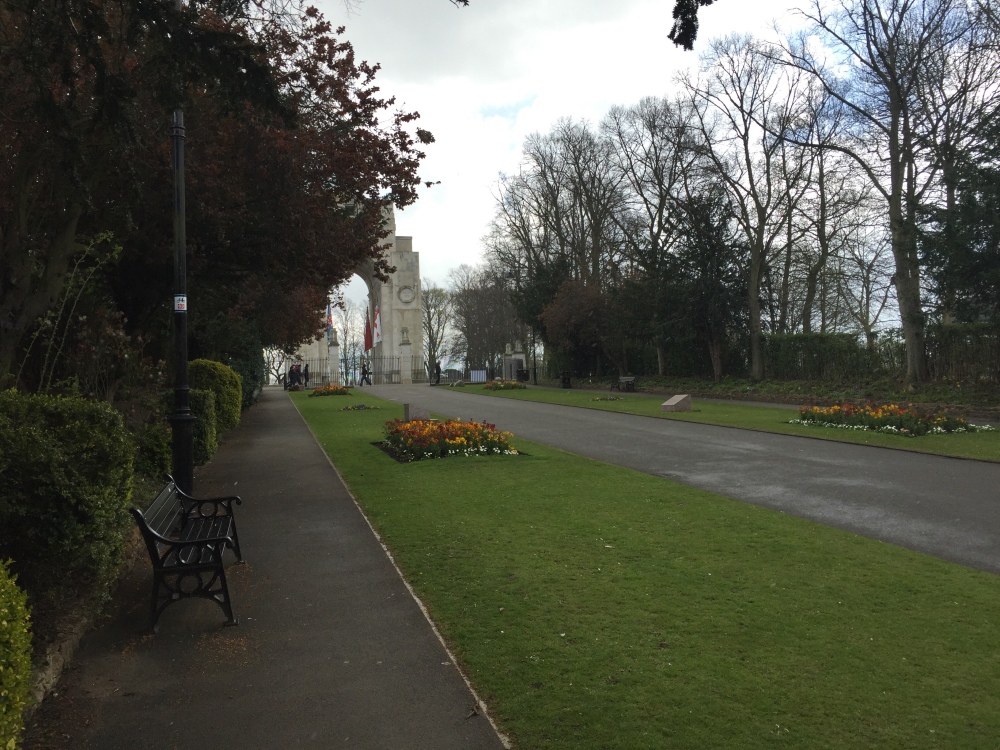 Near the University of Leicester campus. Passed through on the way to lunch one day from the client location. On a slightly unrelated note, the weather was ridiculous. During the span of 1 hour it snowed, rained, and was sunny. 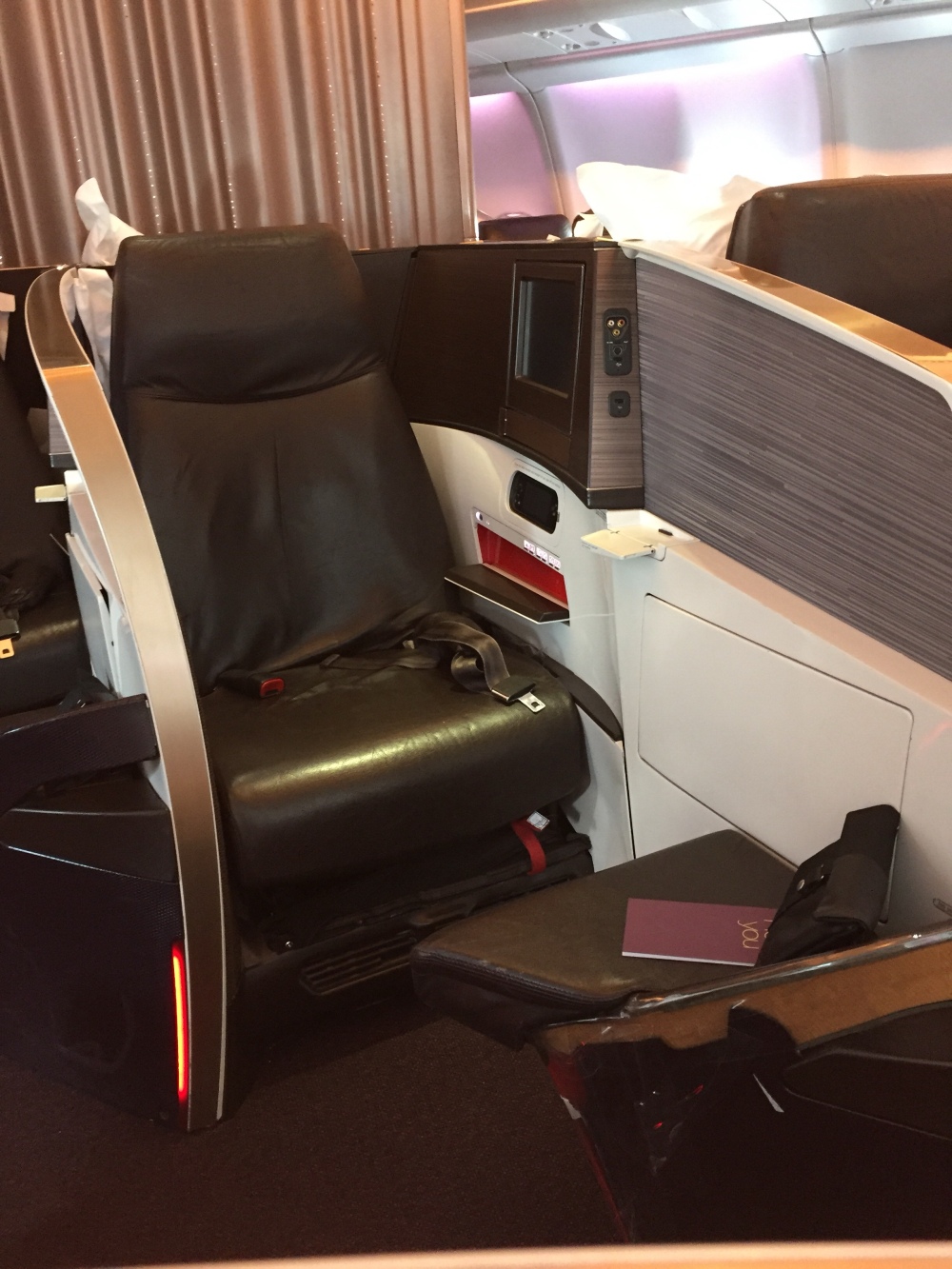 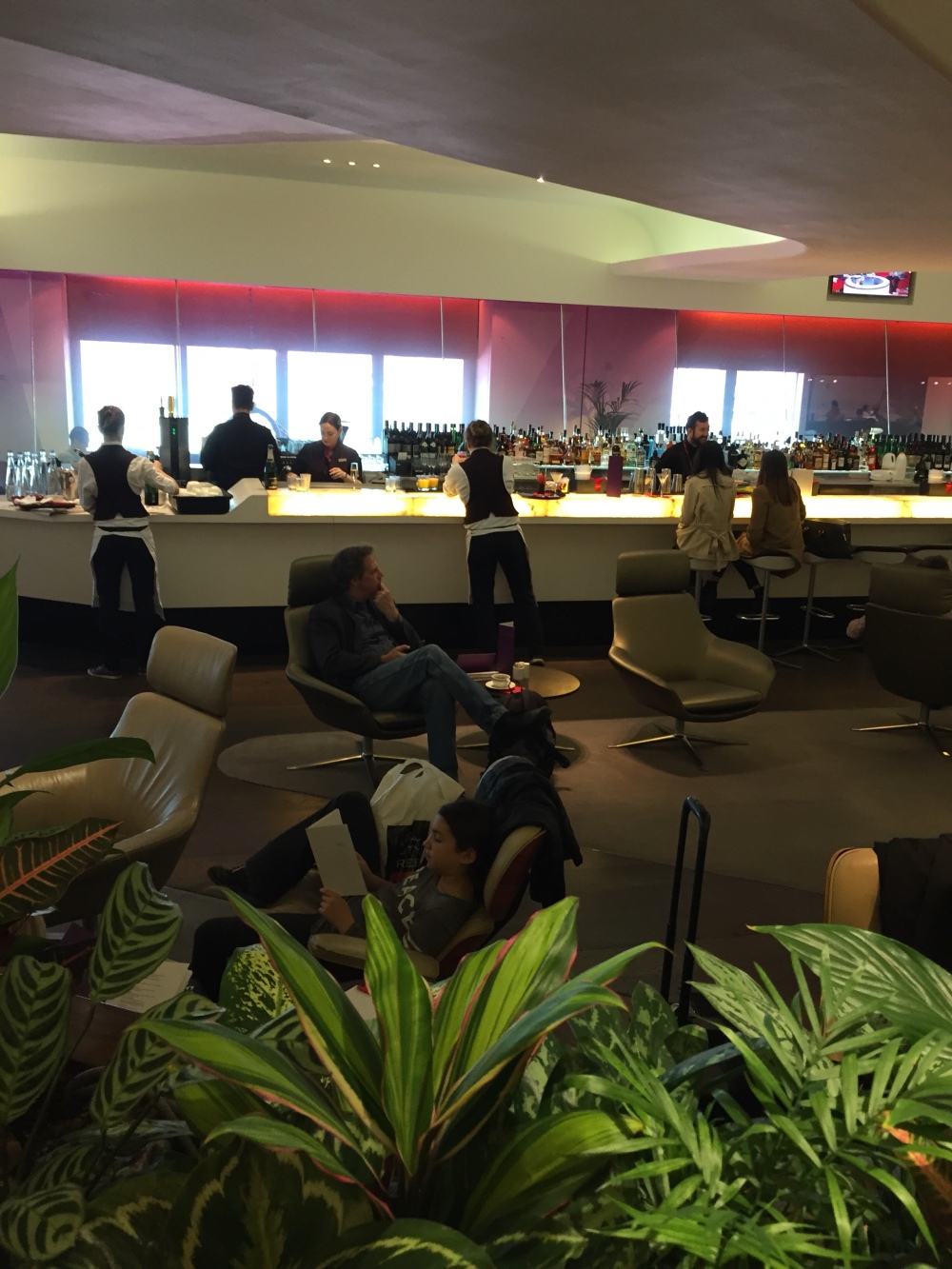 Another quick hitter post to get closer to catching up to current day. Wife and I took a quick (2-night) trip to Chicago during Christmas, 2015. We stayed at the Ritz-Carlton on points and got cheap roundtrip flights on Southwest. Flew from New Orleans (MSY) to Chicago (MDW), with a connection on the return in Nashville (BNA). Highlight of our trip was dinner at Girl and the Goat on the West Loop. Fantastic food and great atmosphere, can’t recommend enough.

Looking down the Chicago River 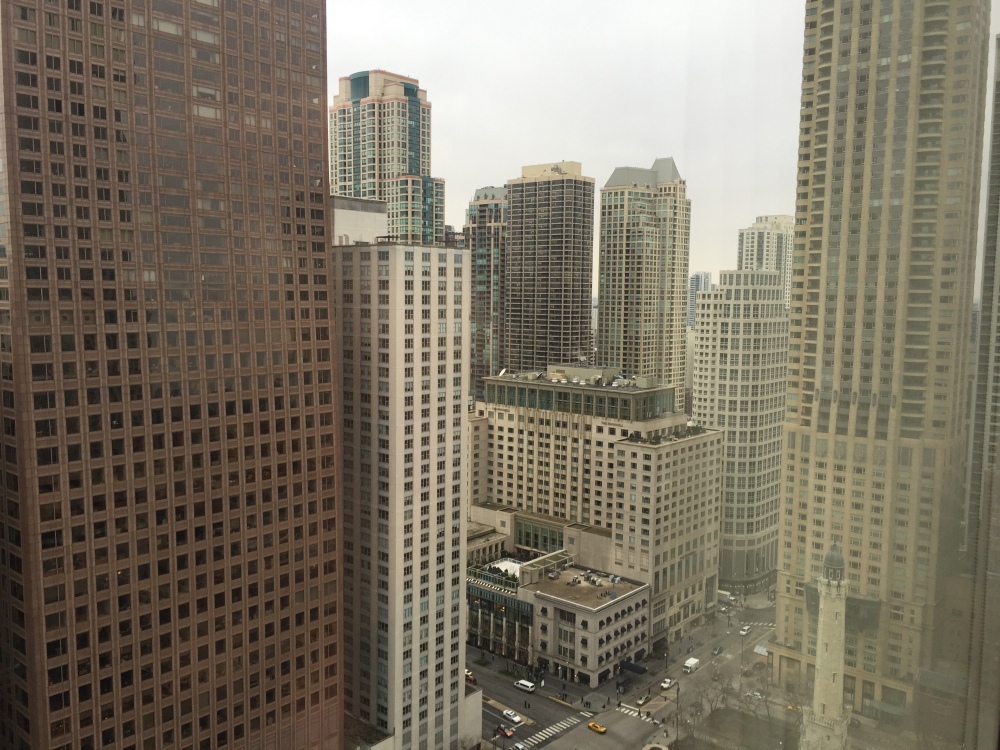 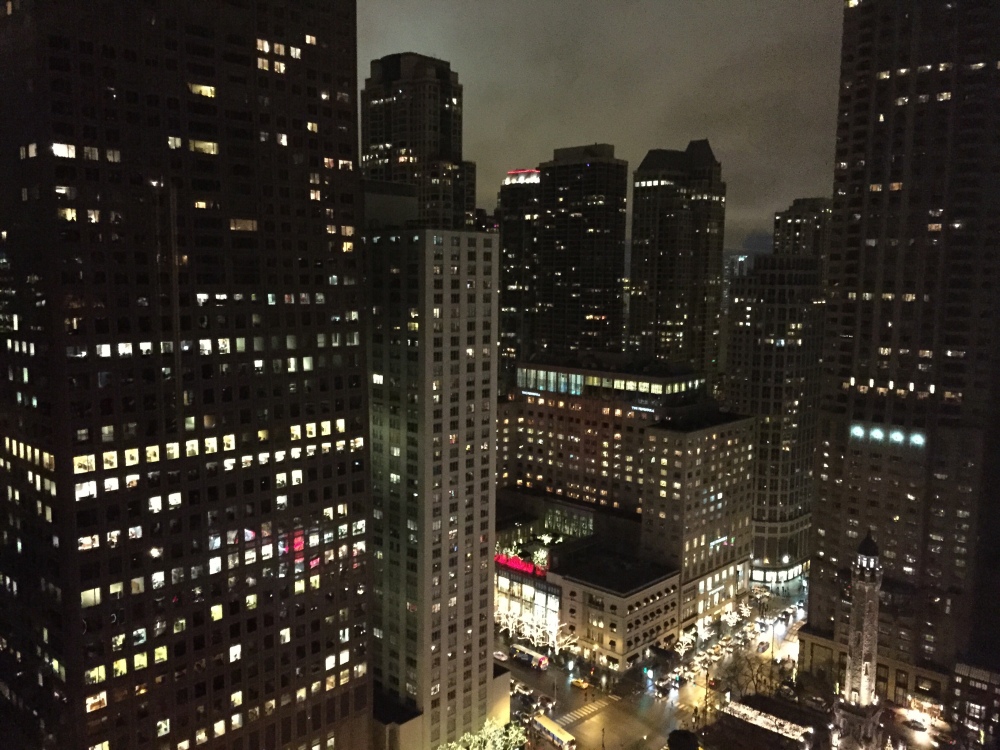 Random picture of Trump Tower. Little did I realize what was to come.

A couple of years ago (prior to baby #1), my wife and I took a weekend trip to Washington D.C. Spent 2 nights in the city (1 at a generic Marriott and 1 night at the Park Hyatt). We managed to secure an upgrade to a suite for $45 same-day at the Park Hyatt, more than worth it!

We flew Southwest non-stop from ATL both directions as we managed to secure a really cheap flight. Nothing special to report from the flights.

Some pictures from our trip:

Scene from behind the White House 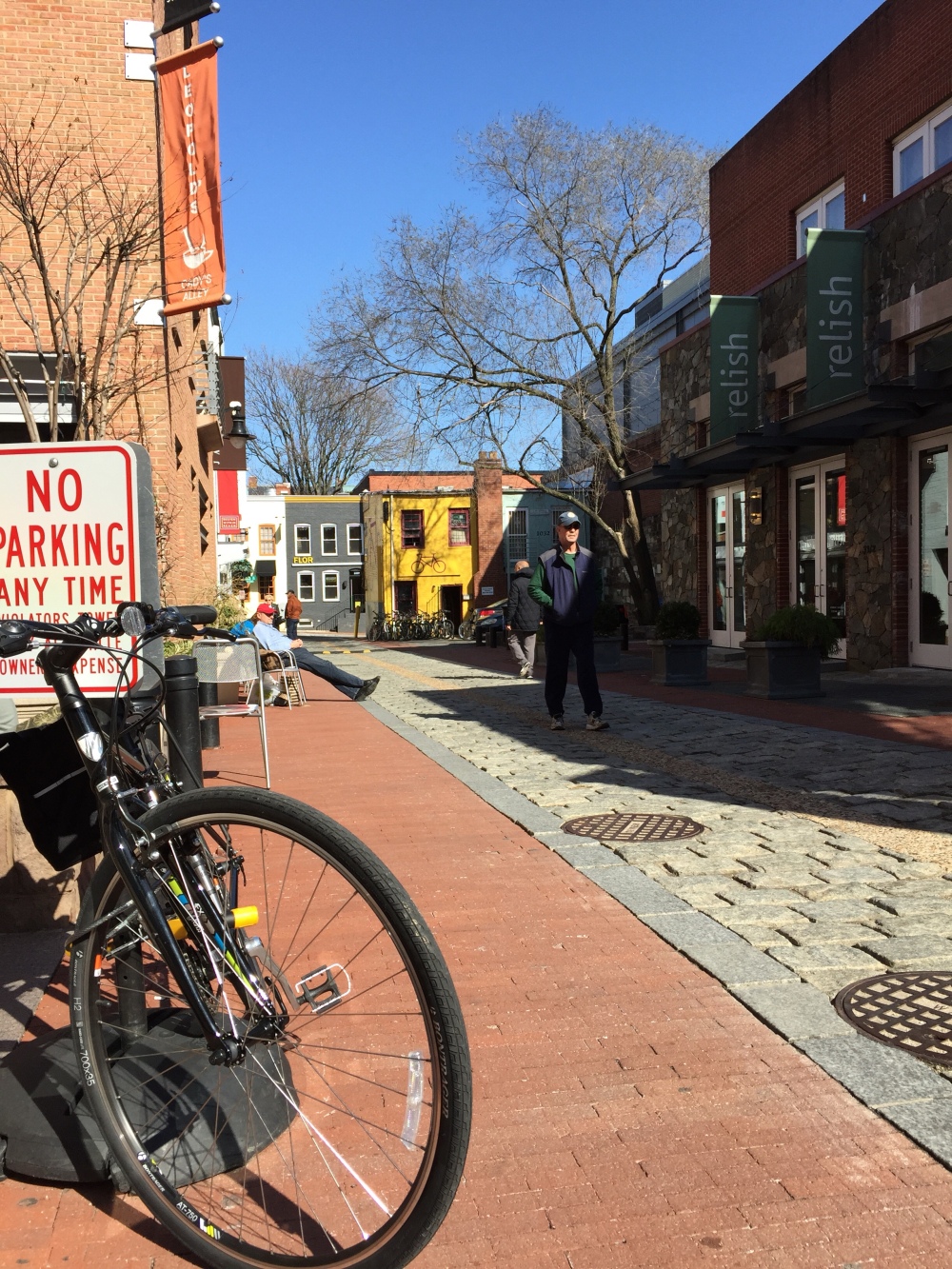 My wife and I in front of the U.S. Capital 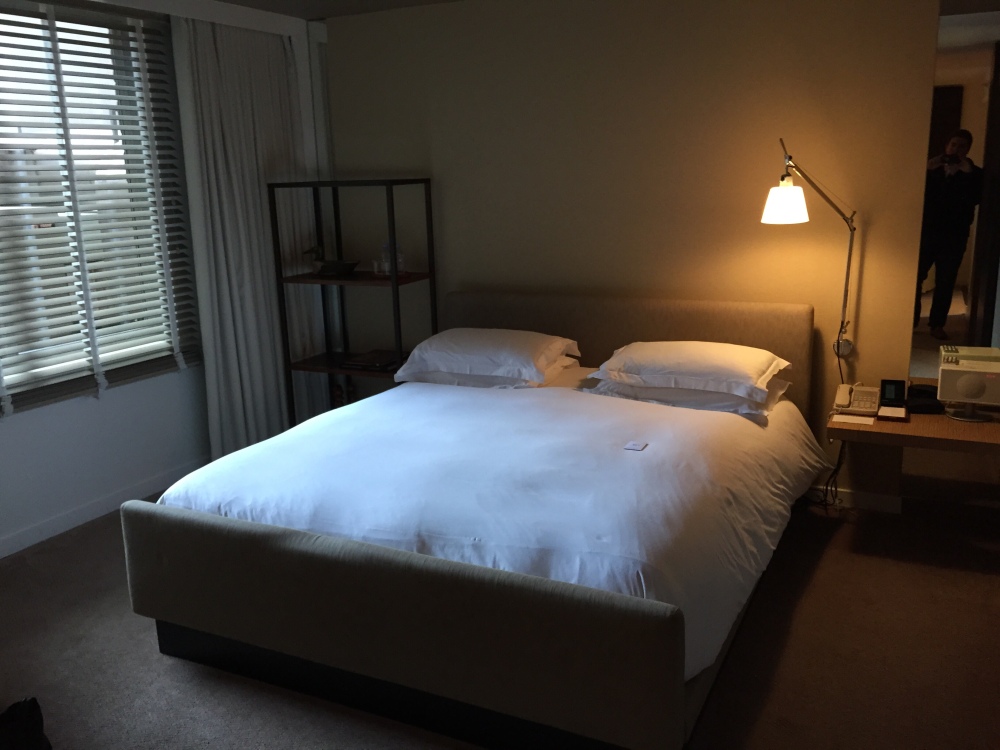 Bedroom of our suite at the Park Hyatt D.C.

Living room of our suite at the Park Hyatt D.C.

Bathroom of our suite at the Park Hyatt D.C. Deep tub to the left and stone surround shower on the right.

View of Atlanta on descent into ATL

This was our last trip before baby #1 was born, little did we know how our life would change (for the better!).

To finish our trip through Thailand we spent 2 days on the island of Koh Samui. One night at the Le Meridien and one night at the Conrad Koh Samui, both on points. Given this was the end of the trip and we were exhausted we spent very little time outside of each hotel as this was supposed to be the “relaxing” end to the trip. The pictures can speak for themselves but I don’t know if I would go back. The hotels were incredible but the island itself was haphazardly developed and the beach / water at both places left something to be desired. If I was going to choose a beach destination in Thailand (based on our experiences) I would go with Krabi. 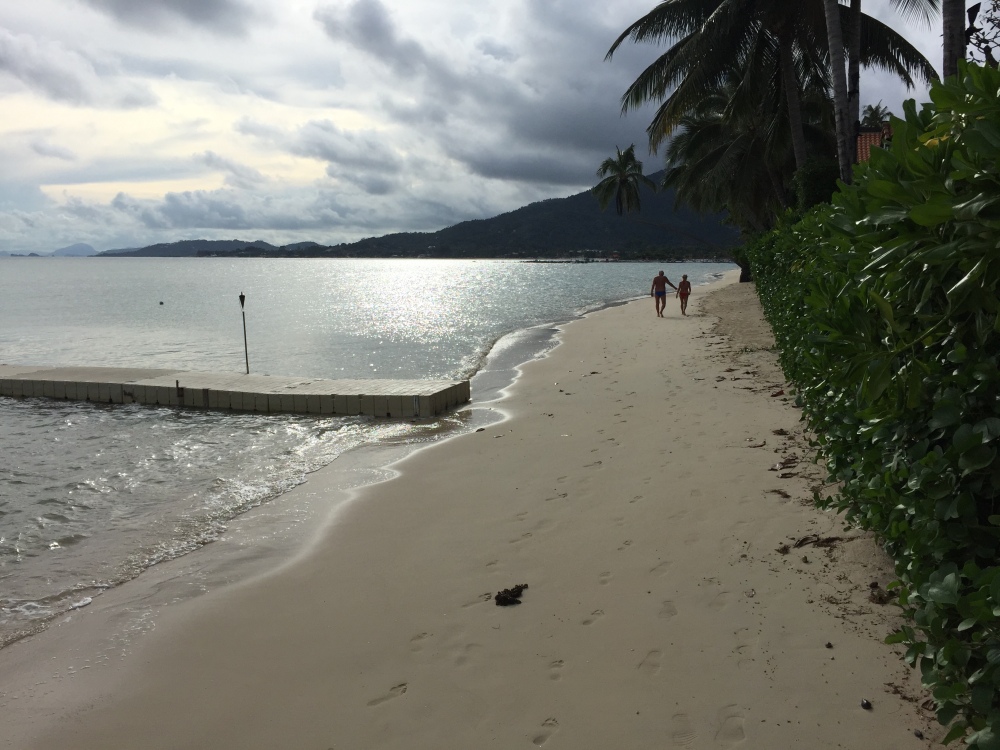 Narrow beach in front of hotel

Lazy rivers that flow throughout the property. This shot was taken right outside of our room, ability to swim up.

Another view of the lazy river from inside our room.

Sunken tub in the room. 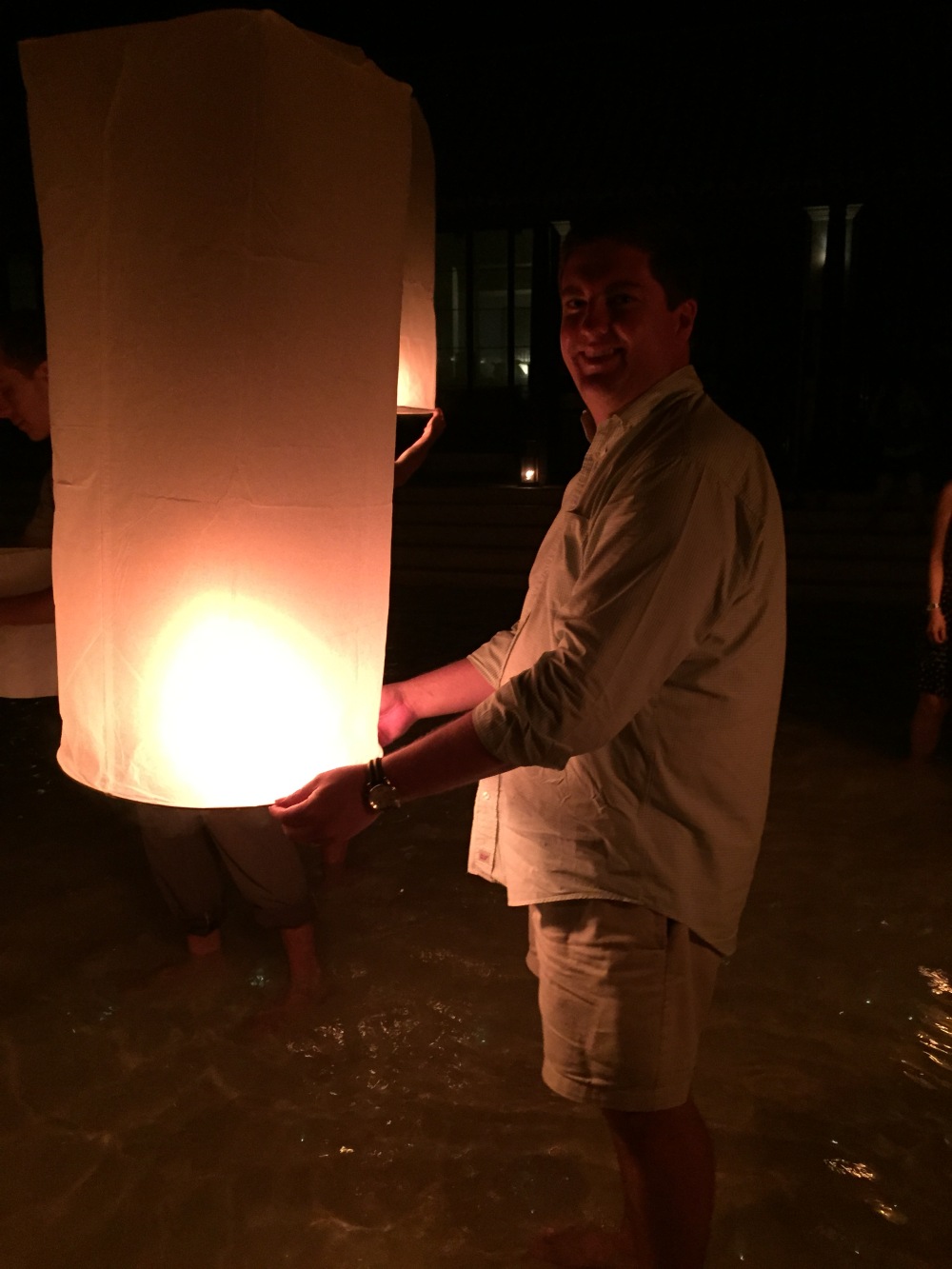 The hotel does a nightly lighting of traditional Thai lanterns in the main courtyard.

Entrance to the Conrad. 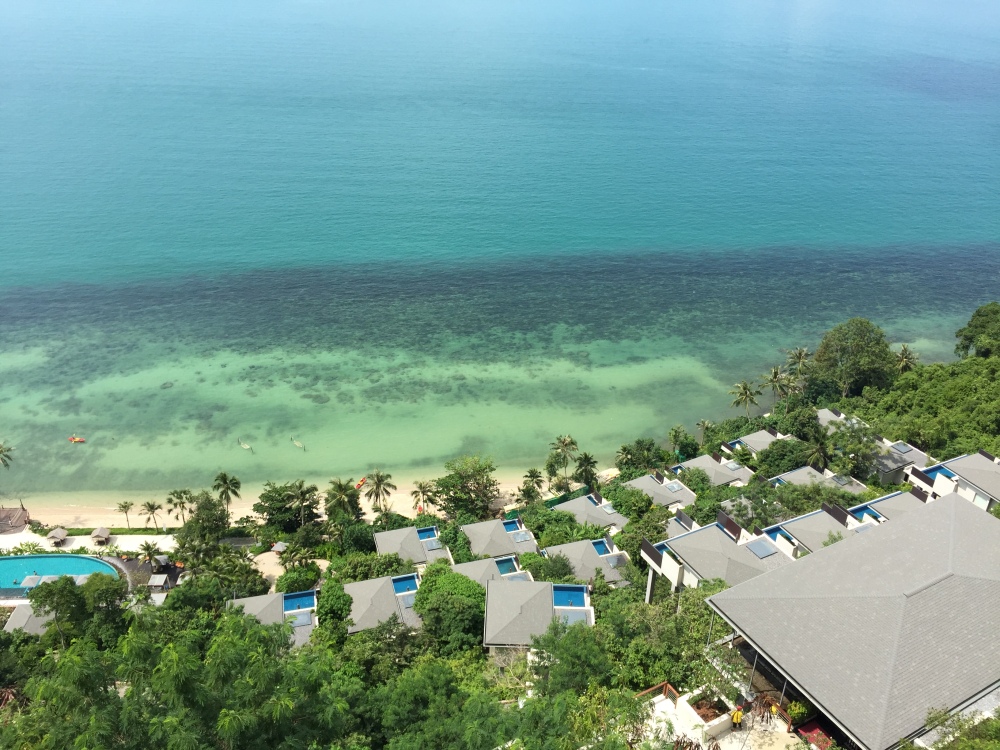 View from the lobby of the Conrad. Our villa is on the 3rd level from the water on the far right hand side of this picture.

Entrance to our villa.

Infinity pool in the villa.

Massive tub and awesome bathroom in the villa.

Another view of the infinity pool and view from the villa.

Unfortunately, this concluded our wonderful time in Thailand. A few pictures below of the journey back through Bangkok to Seoul to Atlanta. Can’t say enough how amazing Thailand is, both the destination and the people.  Would love to return again in the future, maybe skipping Koh Samui on the return trip…….

Waiting for our flight to ATL in ICN. 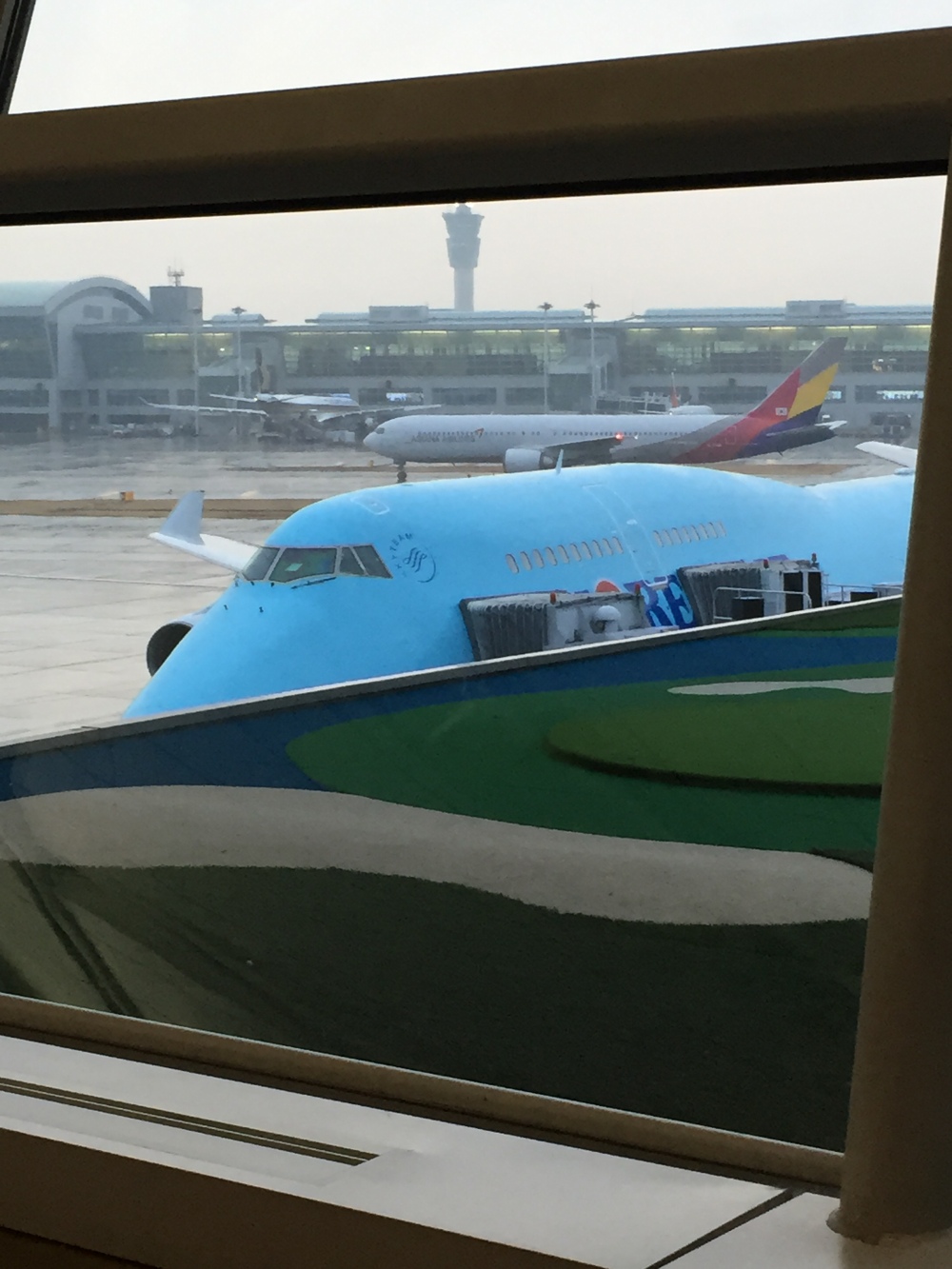